GABRIELA USA denounces the terror- tagging and doxxing of its National Executive Committee members. Photos of GABRIELA USA’s national leaders with names and titles along with labels tagging them as “Terrorists” were released and circulated on Facebook shared by Lorraine Badoy, (Undersecretary of the Presidential Communications Operations Office) and FaceBook pages “For the Global Public” and “Enlightened Youth.” This act of labeling and terror-tagging endangers the lives and security of our leaders and organizations.

In the last few months, there has been massive  posting and sharing of memes, posters, and statements on social media such as Facebook terror-tagging Duterte’s critics and members of progressive organizations in the Philippines and overseas. These  posts are not unique to the Duterte government and are used to spread fake news to target journalists, critics, and activists. The online attacks against these people and organizations such as GABRIELA USA comes at the heels of continuous news of extrajudicial killings and heightened attacks against human rights defenders and leaders of people’s organizations who have been outspoken against Duterte’s facism and neglect of the Filipino people.

“We are outraged but not surprised at this attack on GABRIELA USA. We have been outspoken and consistent in efforts to expose Duterte’s Anti-Terror Law which allows the regime’s ongoing macho-fascist attacks on Women and the Filipino people. We trust the public to be more discerning and critical enough to know the main motive of the terror-tagging by Duterte’s administration is to silence us, but we will not be silent,” states Irma Shauf-Bajar, Chairperson of GABRIELA USA.

GABRIELA USA urges all to join us to continue to fight for national democracy and genuine liberation of the Philippines, to advance the militant women’s movement, and fight against the U.S.-Duterte Regime’s fascism and attacks on the Filipino people. Organize with us and join the Defend GABRIELA Campaign! Join a GABRIELA USA chapter near you and  the most marginalized of Philippine society to take action against ongoing harassment, doxxing, and false information.

Activism is Not Terrorism! 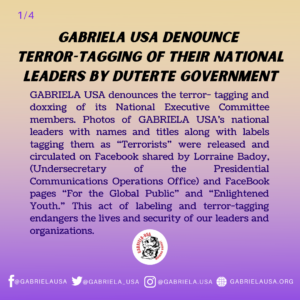 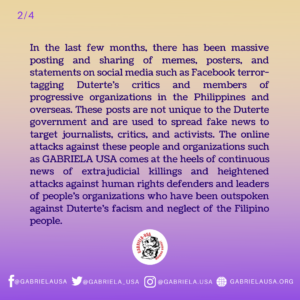 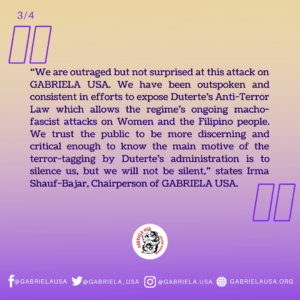 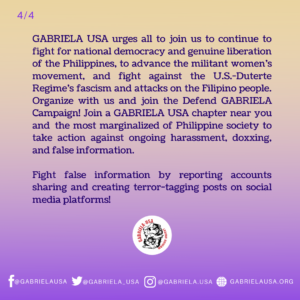 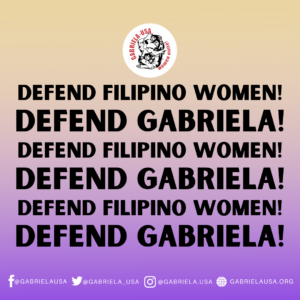 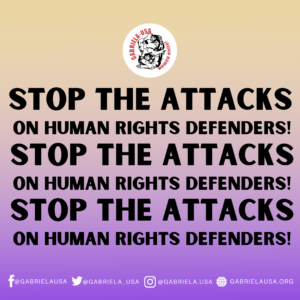 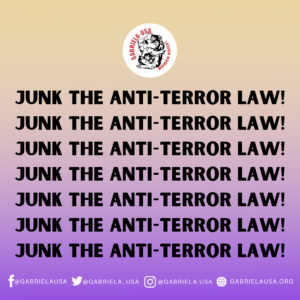 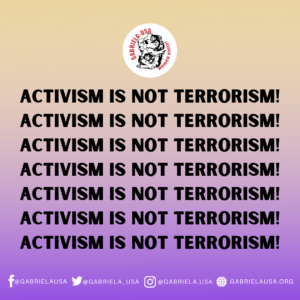 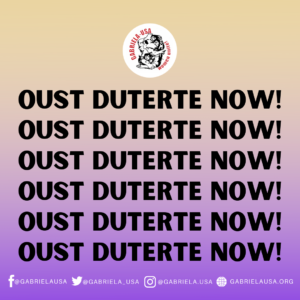