BAYAN USA, Migrante USA, Gabriela USA and Anakbayan-USA vehemently condemn Rodrigo Duterte’s signing of the unconstitutional Anti-Terror Bill. While it is no surprise that Duterte has signed the bill into law, we are outraged by the implications this Anti-Terrorism Law will have on the Filipino movement for liberation and democracy, and the dangers it imposes on Filipinos across the world. The bottom line is, this law allows the government to tag anyone who expresses dissent against the Duterte regime as terrorists, no matter how legitimate their concerns and demands are. We have already seen political repression through mass arrests amplify under the COVID19 lockdown conditions and can only expect the fascism under Duterte to worsen under this law.

This latest move toward consolidating Duterte’s dictatorship gives us all the more reason to continue fighting and elevating our struggle to newer heights. We must remember who fears whom. It is Duterte who fears the power of the Filipino people who are already fed up with the government’s utter neglect and outright political repression. We must exhaust all means to put a brake on its implementation before the 15-day waiting period lapses. We must persevere in educating our families, communities, elected officials and allies on the foreseeable impacts of the law on Filipinos in the Philippines and abroad. We must quickly and creatively disseminate all forms of condemnation in the streets, online and everywhere to register the people’s united voice against Duterte’s fascism and his looming dictatorship.

Even when this law comes into effect in 15 days, the people will continue to fight the US-Duterte regime and the rotten system that it represents. If the history of the Filipino people has proven anything, it is that dictators have never determined the destiny of our country. Rather, they have only expedited the people’s struggle for genuine democracy and social change.

We call on all Filipinos in the U.S. to channel our rage against Duterte’s fascism and ultimately our love for our people toward revolutionary collective action. It is the unity and organized strength of the Filipino people that will topple the Duterte regime once and for all, toward achieving genuine independence, democracy and the socialist alternative that our movement has struggled for for decades.

BAYAN USA joins the Malaya Movement and the International Coalition for Human Rights in the Philippines – US (ICHRP-US) in an emergency online protest rally tonight at 5:30pm P/8:30pm E to condemn this fascist move of the US-Duterte regime. We will highlight how we can rise up collectively to resist and take action. Together, we can show the Philippine government that Filipinos and their allies all over the U.S. are united against the fascist Anti-Terror Law! 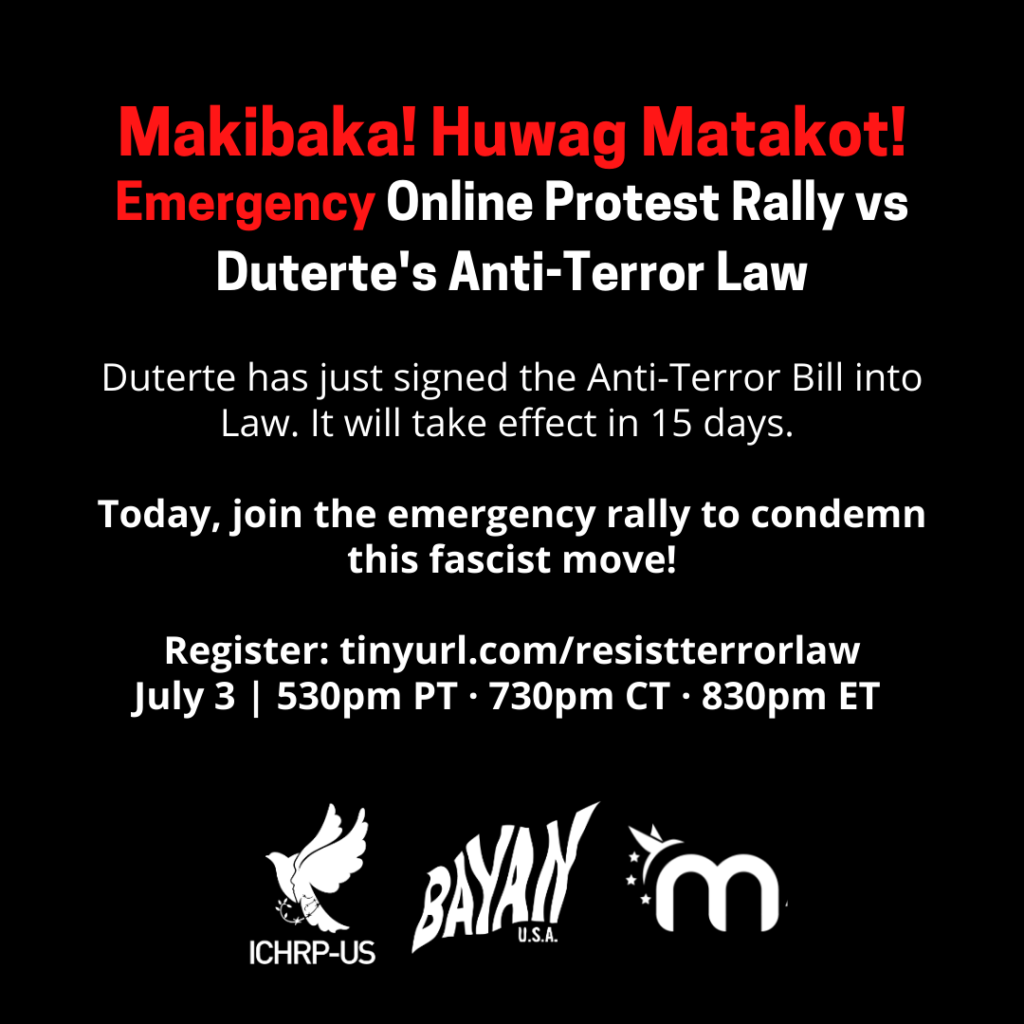 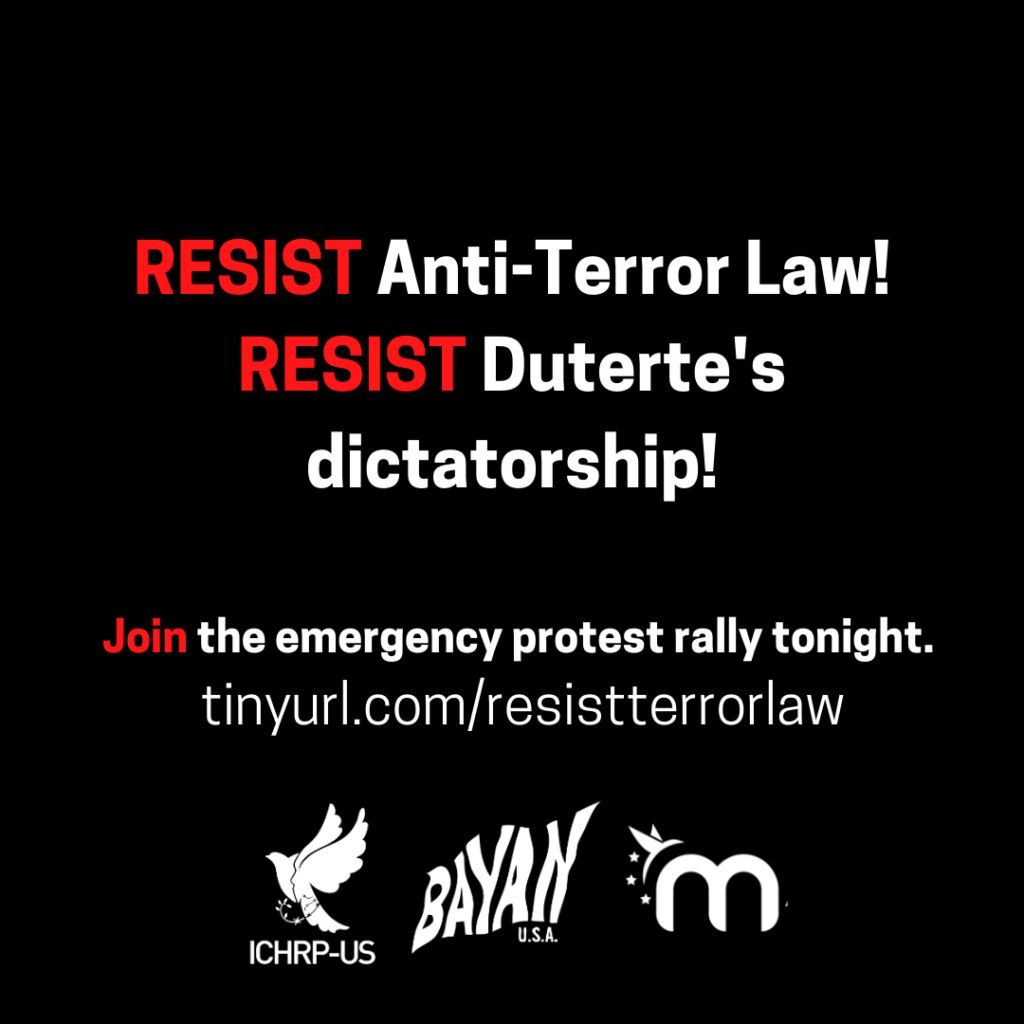 ACTIVISM IS NOT TERRORISM!