The Anti-Terrorism Bill in the Philippines threatens the basic human rights of the Filipino people.

Activities considered as “terrorism” include:

Under the Anti-Terror Billthe following could happen:

“This proposed law would undermine our democracy and either threaten, restrain or discourage the people’s right to organize, criticize the government, protest and demand for a redress of their grievances,” said Atty. Edre Olalia, Chairperson of National Union of People’s Lawyers. They added that the bill, “legalizes red-tagging of organizations on suspicion of engaging in abstrusely termed ‘terrorist acts.'”

GABRIELA USA asserts that dissent is not terrorism and it is well within the rights of the Filipino people to criticize its own government for policies that do not serve the interests and well-being of the people. We call on GABRIELA USA members and supporters to rise up and expose the rotten fascism of the US-backed Duterte regime through political discussion, creative prop, and online and in-person protest actions. 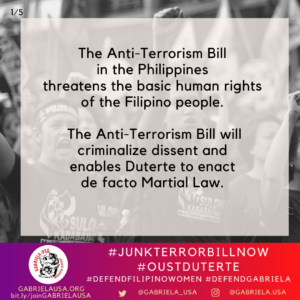 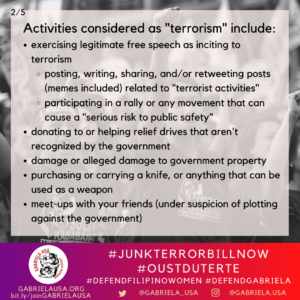 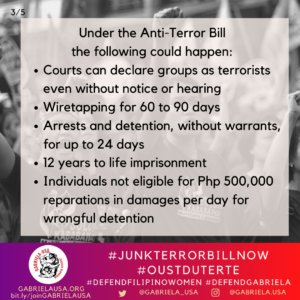 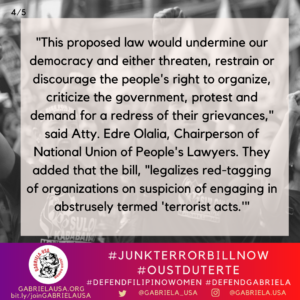 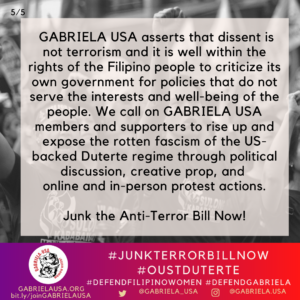